What’s  Africa Week and what will it entail?
My Africa is beautiful and the only way I can share with you my Africa is through the posts on this blog. I have not been consistent with my posts and in my attempt to build up on this, I came up with Africa week. Everyday of this week I will be talking about something that is inspired by Africa and will conclude with sharing some of my favorite blogs by African bloggers. I am talking about culture, fashion, technology, religion, sports and creative writing.

Today, I would like to share with you the five books by African Writers that inspire me.
These are books that I have read over the years and are timeless or as we say – Classics.
Things fall Apart by Chinua Achebe

Things Fall Apart was published in 1958 and it introduces the reader to Okonkwo and the beginning of colonization with the introduction of missionaries into Africa. Although it is a classic, my favorite has to be the next one which was published in 1964, called Arrow of God.

The River Between by Ngugi Wa Thiong’o

Published in 1965, “The River Between” tells of the separation of two neighboring villages due to differences in faith and customs with the Mau Mau uprising starting. It’s one of the well written books by Ngugi that have a flow that’s easier to understand and you can read at one sitting.

So Long a Letter by Mariama Ba

This has to be the longest letter to date written by a West African Woman, and though it was published in 1979, I still find the struggles of Ramatoulaye and Aissatou very relatable. I first read this book in 2003 in my second year of high school, and loved it. It was not a course text though I wished was and I  remember reading it in 2007 as a freshman in campus, and reading it four more times before graduating and writing a project paper on it. It has been translated into numerous languages and I’d say if you know any woman going through some tough times or one who always  exhibits such strength and faith, this book would be  an ideal gift.

The Beautyful Ones Are Not Yet Born by Ayi Kwei Armah

Ayi’s book was published in 1968 and the main theme of the book is on new African states a few months or years post independence from their colonial masters. The main protagonist known as “the man” is given a tongue lashing by his wife after he tells her that someone approached him with a bribe at the railway station he works at and he turned it down. 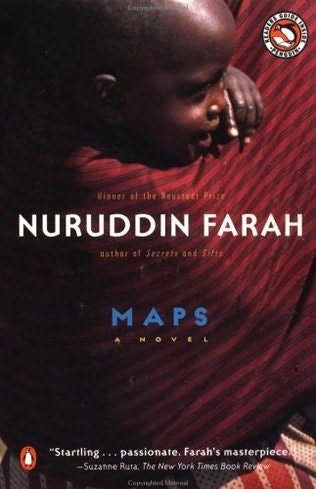 Maps tells the story of an orphan Askar who after his parents death and his adoption, he finds himself yearning for a place where he truly belongs and it’s the onset of civil war in Somalia and he finds himself caught in between the need to belong and to have and create hope for the future. It was published in 1986 and it’s the first book in a trilogy.

These are my top five books and you will notice that I  slipped in an extra book as I talked of “Things Fall Apart”  and that’s because I love Chinua Achebe’s writing.

What are your favorite books by African Writers? Which ones would you recommend?

4 thoughts on “5 of my favorite books by African Writers.”