April’s not going down as I envisioned it. I know that challenges are part of life but in terms of writing, it’s not been an epic month for me. I managed to write 30,000 words of a story. Things were getting better until I sent it out for review and it was shredded to pieces!

Literally, it came back all red with one bold comment, “I thought we’d graduated from this kind of writing.” So, I set the manuscript aside, walked to Moha’s shop, bought a 500ml Fanta Orange, and had it while watching Spongebob Square Pants.

Ever since, I have not been able to write or better yet work on something else, until this past weekend where I decided to go with my gut feeling. It hurts when you write up something and it is met with such negativity, sometimes the criticism helps, but sometimes it wears you down.

I understand that not everyone would swoon over what I write. It’s just as well because as a reader I also find some genres not to my liking. As a Consumer, I stick to some products because of the value I feel they add to my life- hence my love for a sugar high with Fanta. I am not a Coca Cola person. It just isn’t my kind of beverage. So, in writing I use the same perspective to appreciate criticism.

The Crown of the Sea is out now! 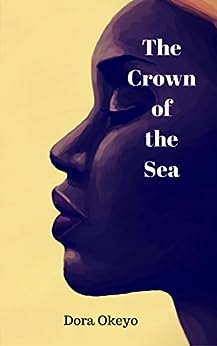 It’s so short that you’ll wonder what I’m talking about in just 12 pages! Wonder what ideas will come into your head as you read this, and whether you’ll feel for the Narrator like I did, but all in all, it’s got me out of my funk and I am relaxed.

It’s free on Amazon, so how about you check it out here–> The Crown of the Sea

2 thoughts on “Getting back on track”