My grandmother says that love is like diarrhea, it needs neither an invitation nor privacy. I did not believe her until I met Abubakar and Ishmael.

I did not meet them at once, rather like bouts of diarrhea, they befell me.

We crossed paths and now we seem to be walking together. I know not who is on my right or left but I feel pulled in different directions. I sway like the tree that is blown by the wind, but, my mind, like the roots of a strong tree, is fixed. It is grounded.

Abu a.k.a Abubakar
I was going home after a long day’s week. I walked into the bus station and headed straight to the big, blue and white buses marked “RASASI.”
“St. Mary’s, Langa’ta, na Otiende…forty! Forty!”

The tall guy ushered me in. I took my seat nearest the door because I would alight first.

It felt good to be rid of the sun. The sun that dared to walk amongst us humans- as though we were equals.

He saw me. I saw him. He was dressed in maroon from head to toe. He was the same guy who had been calling out to people to board the bus. He had ushered me in. He was the one whose voice I heard, yet never dared to see his face. I did not have the time. He had small black eyes, sharp pointed ears and dry cracked lips. He smiled at me. I was staring. I smiled, just a little for he must have strained to part his lips. I could give him my lip gloss, but guys don’t do gloss. Besides my grandmother always says not to initiate contact unless it is warranted.

Fire keeps burning whether you touch it or not. You only get burned when you are stupid enough to reach out and touch it. I could feel dry cracked lips eyes on me. I turned to look and he smiled again. I was pleasant and the next thing he did was hand me his phone. His number being sealed, he asked for mine.

I keyed in one of my numbers. What harm could it do sharing my number with dry cracked lips?

He smiled, and then called immediately.
“Hi.”
“Hi.”
“You are beautiful.”
“Thanks.”
I hang up, not because he said I was beautiful- but because he dared tell me what I already knew. Couldn’t he be more clueless? What if he said it softly? It would still make no difference because it was not warranted.

As the bus pulled out of the station, I thought to myself how foolish I had acted. What had caused my actions? Hormones, impulse, time or folly? I could not tell, but now some guy with dry cracked lips named Abubakar had my number.

He said ‘call me Abu,’ and I thought of Abu- the monkey in Aladdin and smiled. I was foolish, but even fools can be redeemed can’t they?

Excerpt from, Love Like Bouts of Diarrhea, published on Smashwords, April 10, 2014. 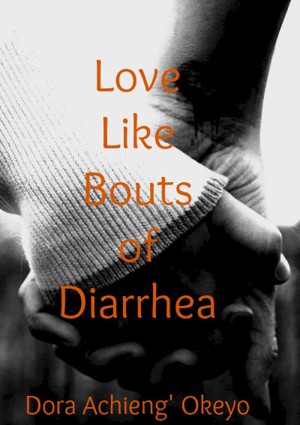 2 thoughts on “Love; An Excerpt”